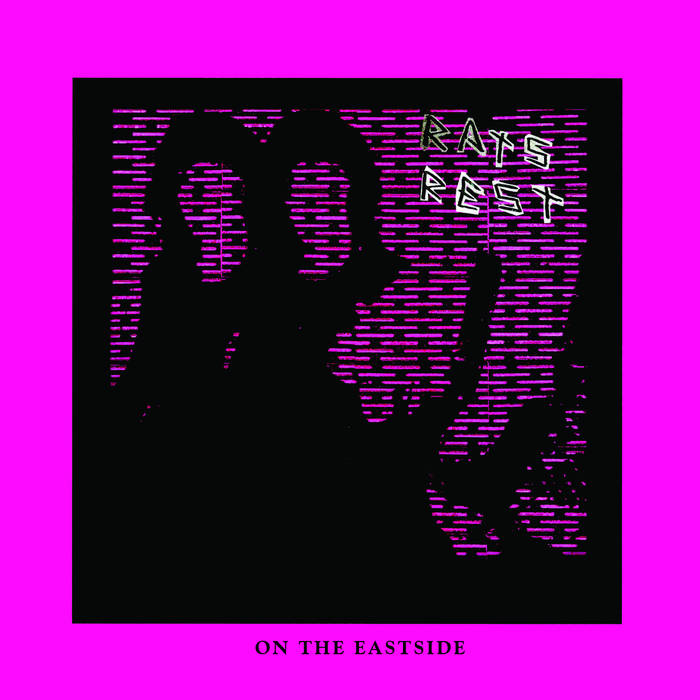 It's very rare to find a band that only delivers hit songs, but that's the case with Rats Rest: a melodic 4-peace punk rock band from Kansas City with very catchy riffs and passionate raspy vocals.

Rats Rest formed in 2012, inspired by bands such as The Wipers, Dead Moon and Leatherface. This is their third 7", and they continue to prove that they are one of today's best and most relevant punk acts. On the Eastside has a slightly more OI! sensibility to it compared to their previous releases. Everything is very well played, yet with a dark and gritty garage sound which makes this record sound very punk and authentic. The EP consists of three Rats Rest originals and a re-worked version of a UKE OF PHILLIPS song (Ballad of the Irish Channel) which originally is a "spacey" song with lots of ukulele. These songs will be stuck in your head for the rest of the day.

The singer and guitarist Cinque Adams is the lyricist and principal songwriter. Cinque has previously been the frontman of Hello Shitty People and played guitar for Allergic to Bullshit and Street Legal. The Drummer, Mike Wilson, is also drumming in Constant Insult and Hard Feelings.

On the Eastside is released on black vinyl in Europe by Peter Out Records and it's limited to 500 copies. A US release will follow in July on Dead Broke Rekerrds just in time for Rats Rest's upcoming westcoast tour.