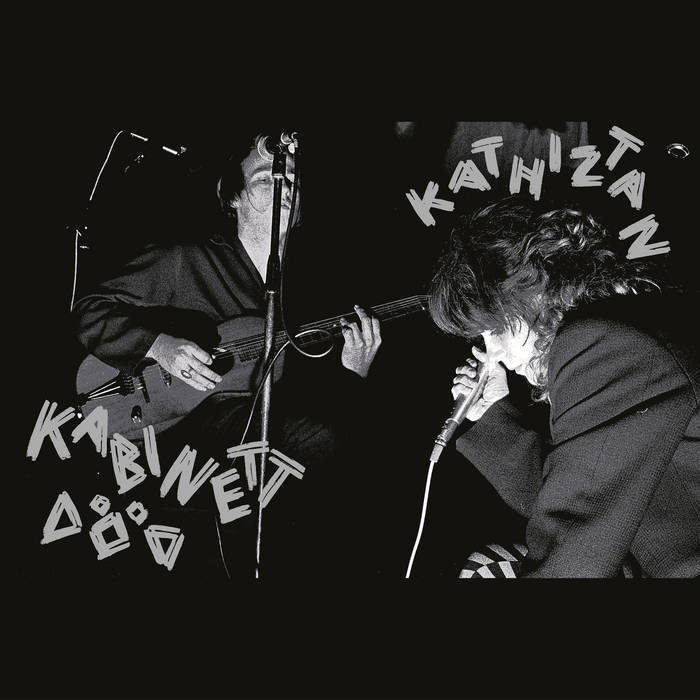 When the 80's approached, many punks who were part of the first wave of Swedish punk started new bands and tried to evolve into a more experimental sound, and most of those who actually succeeded are acknowledged as cult bands. The Malmö-based band Kabinett Död created a unique sound in its early years. Although the band was active between 1979-1991, no records were released, as part of the band's image that their music should be experienced live only, and thus few have heard them. Hence, they turned down record deals from three record labels. However in their early years, the band recorded most of their live shows themselves, and cassette tapes circulated in the southern Swedish underground.

This compilation consists of live recordings from Kabinett Död's most interesting era between 79-81, when Eva "Clou" Brusquini was the vocalist. It renders a serious, dark and eerie post-punk sound with Doors-like organ and no bass guitar. Some songs are more "punky" and danceable, whilst others are slow, repetitive and moody. Yet they are always loud and powerful. The slower songs give the impression of being predecessors to Swans, and Clou's voice is sometimes reminiscent of Jarboe when she goes mental.

Still, the most inspiring aspect about this record is that 35-40 years later, these songs still have a unique sound that nobody hitherto has imitated. If Kabinett Död would have released a well made album at the right time, they would have been amongst the greats such as Garbochock, Imperiet and Cortex; the Swedish cult bands, yet very recognizable in their own right.